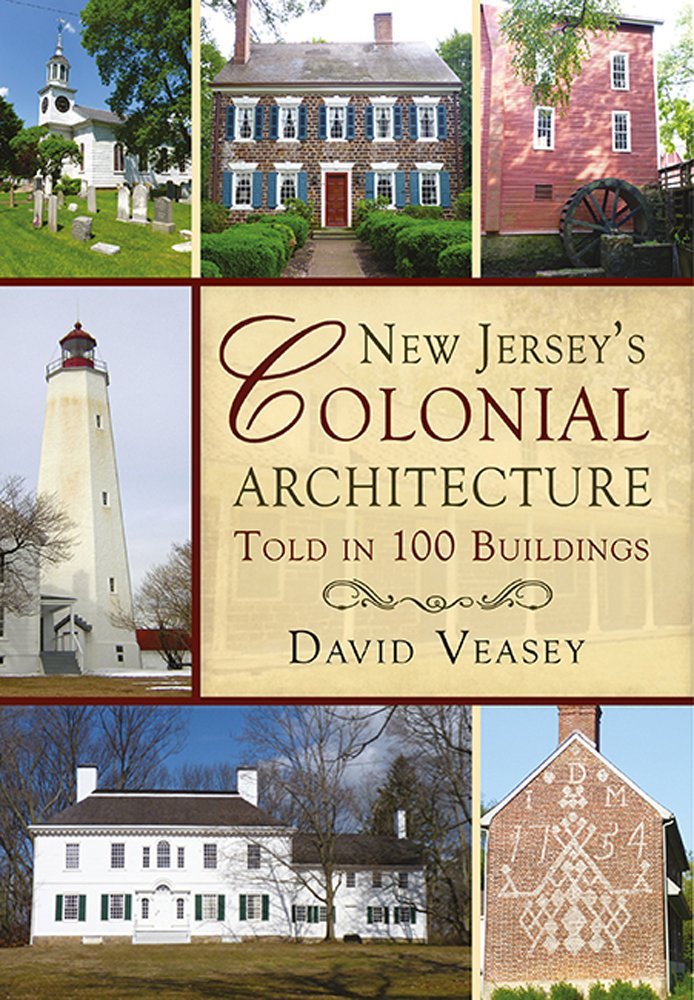 New Jersey marked its 350th birthday in 2014. Today, in this most developed and crowded of states, a surprising number of buildings are still standing from our Colonial Era, 1636 to 1783. They range from a Royal Governor’s mansion in Perth Amboy; to Sandy Hook Lighthouse in Monmouth County; to Christ Episcopal Church in Shrewsbury; to the still functioning Black Horse Inn in Mendham; to a law office in Salem City; to Moravian Gristmill in Hope; to the nation’s oldest farm building in Greenwich.

New Jersey’s extensive architectural heritage is often overshadowed by its neighbors-Philadelphia and New York City-but the Garden State has more varied every-day colonial architecture than any other state because it was the most diverse colony settled by Swedes, Dutch, Scotch, French, English Quakers, and others who brought their architectural traditions with them.

David Veasey is a life-long New Jersey resident and has given illustrated talks all over the state. He has also written other books about the state. Veasey lives in Morris Plains, and graduated from Drew University, Madison, and holds a Master’s Degree from New York University. Veasey has worked as a writer his entire career.

Free, space is limited, reservations required by email at info@philachaptersah.org or by phone to Bill Whitaker at (215) 898-8323