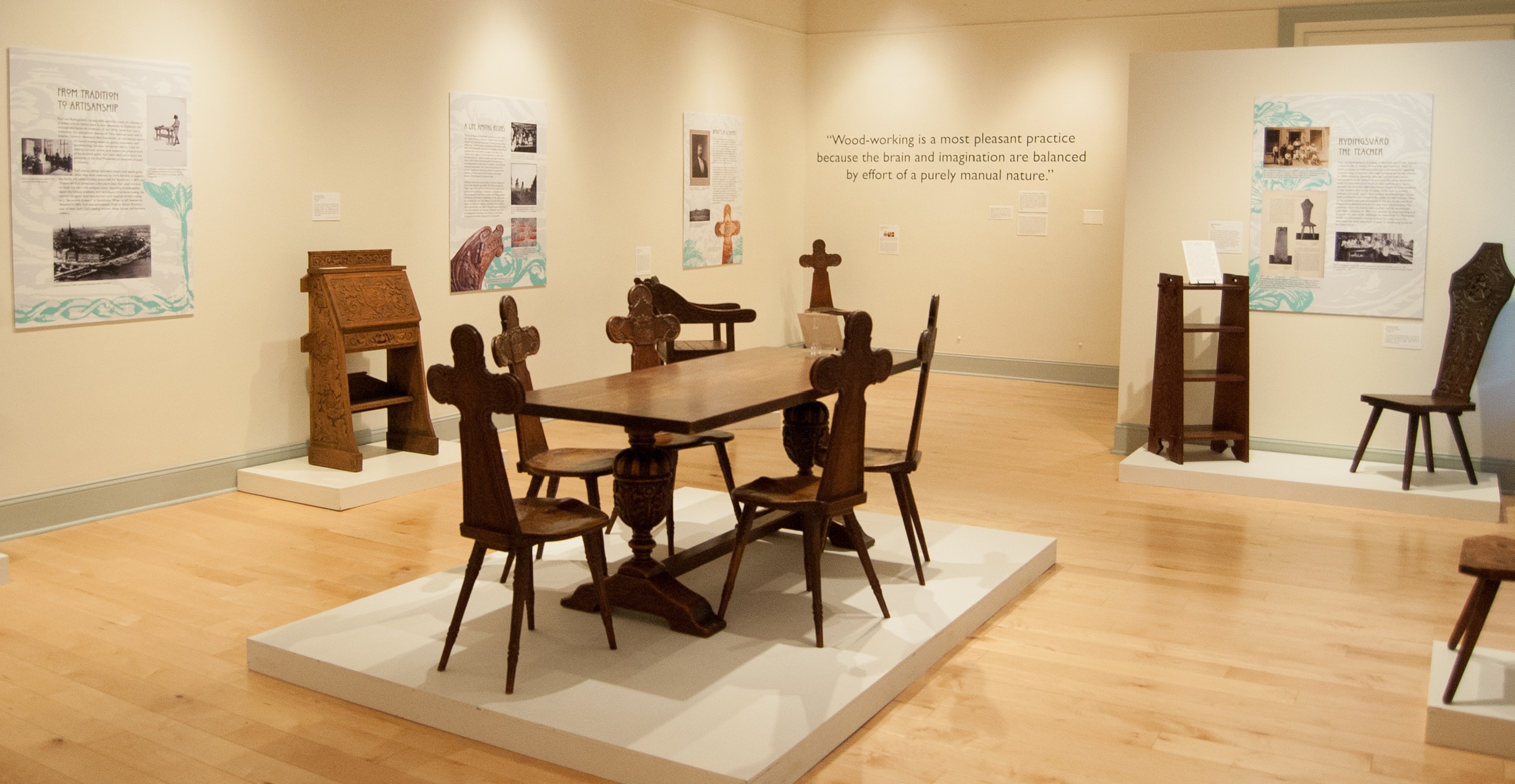 Join us at this rare exhibition of the work of Karl Arthur von Rydingsvärd (1863-1941), an influential teacher who promoted the idea that anyone, even women, could carve wood and create useful furnishings. von Rydingsvärd began his career in America working with the Herter Brothers and then with the A. H. Davenport Company. Later he taught at several institutions including Columbia, the Museum of Fine Arts, Boston, and the Rhode Island School of Design. Additionally he ran summer woodworking classes from his home near Brunswick, Maine. He also trained teachers to rehabilitate World War I veterans and advised the New York Hospital about the role of craftwork in correcting nervous disorders and other mental dysfunctions. These 20-plus works, never before seen in public, demonstrate the relationship between von Rydingsvärd’s Swedish woodcarving style and his passion for the dynamic American Arts and Crafts movement. von Rydingsvärd incorporates Norse motifs, Viking figures, and intricate floral patterns into his whimsical carvings, highlighting his attention to aesthetic detail and functionality.  The gallery talk lasts 30 minutes, you are then free to examine the objects in the gallery at your leisure and explore other galleries until the Museum closes at 4:00 p.m.