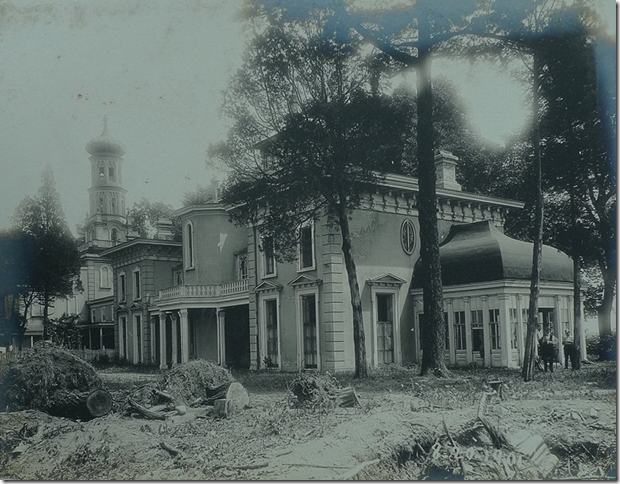 co-sponsored with The Oliver Evans Chapter, Society for Industrial Archeology

Cost: $10 for those who register in advance, $15 for non-registered, Payable at the door.

Fairmount Water Works Interpretive Center, 640 Waterworks Dr.
Since the Art Museum and Restaurant are closed, you can park on the circle around the Seahorse Fountain, closer to FWWIC.

“Some persons care little or nothing for the past. Musty records and old things have no charm for them.” Joseph Harrison Jr., The Locomotive Engineer and Philadelphia’s Share In Its Early Improvements, 1872

Joseph Harrison Jr. (1810-1874), engineer, inventor, art collector, writer and one-time major property owner in Northeast Philadelphia, was not a person who cared “little or nothing for the past.”  The quote above is the opening passage of his 1872 history of the early development of the locomotive, a history in which Harrison himself played a significant role [as creator of the Harrison Safety Boiler]. In 2013, a collection of photographs came to light offering previously unknown views of Harrison’s unusual mid-19th-century estate stretching from Holmesburg to Torresdale along the Delaware River.  The photos were taken in 1901 by the Philadelphia Water Department to document its demolition of the estate for construction of the new Torresdale Water Treatment Plant on the site.  The images are part of an album that includes mechanical drawings and other technical materials on the plant’s construction.  In the 1950s, a superintendent at the plant rescued the album from a junk pile and gave it to his son-in-law Henry Kalinowski, also a superintendent at the plant.  The album eventually passed into the possession of Kalinowski’s daughter Vivian Haggerty, who is a neighbor of local historian Pat Worthington Stopper.  Stopper arranged for the album’s donation to the Friends of Northeast Philadelphia History.  As revealed in the photos, “Harrison’s Folly,” as the estate came to be known, was an interesting and unusual property. The same could be said for the man who built it.  Join Patty McCarthy to learn about this fascinating slice of Philly history.(Text adapted from Northeast Times, August 27, 2014)